EXPERIENCED, BUSINESS EXPERTS TO GUIDE YOU

Book a one-on-one video conference session with your chosen expert, or subscribe to his/her online chat room where you can attend “office hours” post questions and get answers several times a week.

A pioneer of the early Internet and worldwide web, David’s was founder and CEO of SurfMonkey, Inc., developing the leading web browser and safety service for kids. As CEO of MediaLive Inc., David designed one of the first web browsers, email and TV-set-top-box systems. David’s inventions have been awarded U.S. patents and his software and multimedia products have won critical acclaim.

He is the host of the Silicon Valley Trends podcast series, has presented and appeared in a number of videos, lectured in business schools and universities in the U.S., Europe and Latin America, addressed U.S. government congressional hearings and appeared on several radio and TV shows. David is recognized as one of the “World’s Leading IP Strategists” in the IAM Strategy 300, published by International Asset Magazine.

When the chat room is opened, David will be chatting Tuesdays at 10am Pacific time and Thursdays at 6pm Pacific time.

Note: Chat room and videoconference room are currently in development and are not yet available.

Look out for new experts in the coming months as new chat rooms are added.

Paul is an experienced professional specializing in helping foreign start-ups come to the US. Having helped countless companies launch in San Francisco and the Silicon Valley area through his involvement with coworking facilities and incubators, Paul now creates and delivers educational programs for investors and advisors as well as entrepreneurs.

Paul has a background in the strategic management of intellectual property. Almost 20 years of IP and technology licensing and management have given Paul a broad base in the nuance and complexities of developing and deploying intangible assets to the benefit of IP owners and users alike. He has extensive experience in various industries in IP management and manufacturing. Paul has extensive international experience working with companies in the US, Europe and Asia on patent portfolio development, market entry strategies, product development and roll-out, and early-stage fund-raising activities. Intangible assets and intellectual property are becoming ever more important in today’s economy, and every company in a technology space needs to take their IP issues seriously or risk being left behind by their competitors. Assisting start-ups from various European and Asian countries allows Paul to see a wide range of opportunities that will make positive contributions to various markets in the US and around the world.

Paul holds a BS in Electronic Engineering from Northeastern University and an MPA from the University of Washington. 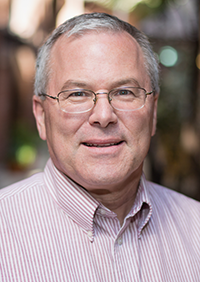 HOW TO ENROLL
CREATE SVBS ACCOUNT
Scroll to Top